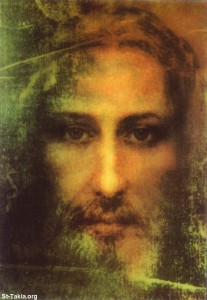 The Shroud of Turin, the piece of linen long-believed to have been wrapped around Jesus’ body after the crucifixion, is much older than radiocarbon tests suggest, according to new microchemical research. Published in the 20 January issue of Thermochimica Acta, a peer-reviewed chemistry journal, the study dismisses the results of the 1988 carbon-14 dating.

At that time, three reputable laboratories in Oxford, Zurich and Tucson, Arizona, concluded that the cloth on which the smudged outline of the body of a man is indelibly impressed was a medieval fake dating from 1260 to 1390, and not the burial cloth wrapped around the body of Christ.

“As unlikely as it seems, the sample used to test the age of the shroud in 1988 was taken from a rewoven area of the shroud. Indeed, the patch was very carefully made. The yarn has the same twist as the main part of the cloth, and it was stained to match the colour“, says Raymond Rogers, a retired chemist from Los Alamos National Laboratories and former member of the STURP (Shroud of Turin Research Project) team of US scientists that examined the Shroud in 1978.

The presence of a patch on the shroud doesn’t come as a surprise. The linen cloth has survived several blazes since its existence was first recorded in France in 1357, including a church fire in 1532. Badly damaged, it was then restored by nuns who patched burn holes and stitched the shroud to a reinforcing cloth now known as the Holland cloth.

In his study, Rogers analysed and compared the radiocarbon sample with other samples from the controversial cloth. “As part of the STURP research project, I took 32 adhesive-tape samples from all areas of the shroud in 1978, including some patches and the Holland cloth. I also obtained the authentic samples used in the radiocarbon dating” Rogers says.

It emerged that the radiocarbon sample has completely different chemical properties than the main part of the shroud, Rogers says. “The radiocarbon sample had been dyed, most likely to match the colour of the older, sepia-coloured cloth. The sample was dyed using a technology that began to appear in Italy about the time the Crusaders’ last bastion fell to the Mameluke Turks in 1291.

“The radiocarbon sample cannot be older than about 1290, agreeing with the age determined by carbon-14 dating in 1988. However, the Shroud itself is actually much older” says Rogers.

Evidence came from microchemical tests, tests that use small quantities of materials, often less than a milligram or a millilitre. These revealed the presence of vanillin in the radiocarbon sample and in the Holland cloth, but not in the rest of the shroud. Vanillin is produced by the thermal decomposition of lignin, a chemical compound of plant material including flax, and levels decrease and disappear with time. It is easily detected on medieval linens, but cannot be found in the very old ones, such as the wrappings of the Dead Sea scrolls.

“A determination of the kinetics of vanillin loss suggests that the shroud is between 1300 and 3000 years old” Rogers writes. According to Tom D’Muhala, the president of the American Shroud of Turin Association for Research, the new chemical tests produced “conclusive evidence”. “They indicate that the linen shroud is actually very old, much older than the published 1988 radiocarbon date,” D’Muhala says.

Scientific interest in the linen cloth began in 1898, when it was photographed by lawyer Secondo Pia. The negatives revealed the image of a bearded man with pierced wrists and feet and a bloodstained head. In 1988, the Vatican approved carbon-dating tests. Three reputable laboratories concluded that the shroud was medieval, dating from 1260 to 1390, and not a burial cloth wrapped around the body of Christ.

But since then a growing sense that the radiocarbon dating might have had substantial flaws emerged among shroud scholars. The history of the cloth has been steeped in mystery. It has survived several blazes since its existence was first recorded in France in 1357, including a mysterious fire at Turin Cathedral in 1997.

Kept rolled up in a silver casket, it has been on display only five times in the past century. When it last went on display in 2000, more than three million people saw it. The next display will be in 2025.