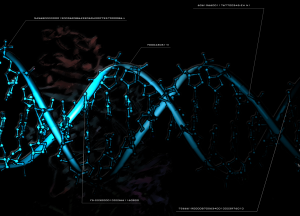 Indian diversity. Last genetic nail driven into the AMT-Aryan-Dravidian divide coffin: (Metspalu, Gyaneshwer Chaubey et al, AJHG, Dec. 2011)
Genetic study finds no evidence for Aryan Migration Theory–On the contrary, South Indians migrated to north and South Asians migrated into Eurasia
What geneticists consider a landmark paper has just been published in a highly reputed scientific journal, American Journal of Human Genetics, authored by an international group of geneticists including Metspalu, Gyaneshwer Chaubey, Chandana Basu Mallick (Evolutionary Biology Group in Tartu, Estonia), Ramasamy Pitchappan (Chettinad Academy of Research and Education, Chennai), Lalji Singh, and Kumarasamy Thangaraj (CCMB, Hyderabad). The study is titled: Shared and Unique Components of Human Population Structure and Genome-Wide Signals of Positive Selection in South Asia, The American Journal of Human Genetics (2011), doi:10.1016/j.ajhg.2011.11.010
The study is comprehensive, unlike previous studies of human genome and is unique, because it focuses on large number of populations in South Asia, and India, a region which harbours one of the highest levels of genetic diversity in Eurasia and currently accounts for one sixth of human population in the world.
The study analysed human genetic variation on a sample of 1310 individuals that belong to 112 populations, using new genome-wide data contains more than 600,000 single nucleotide polymorphic sites among 142 samples from 30 ethnic groups of India. The most important scientific findings of the study are:

• South Asian genetic diversity is 2nd in the world, next only to Africa, mainly due to long periods of indigenous development of lineages and with complex population structure where one can see the different caste and tribal populations.

• Two genetic components among Indians are observed: one is restricted to India and explains 50% genetic ancestry of Indian populations , while, the second which spread to West Asia and Caucasus region. Technically called “haplotype diversity”, it is a measure of the origin of the genetic component. The component which spread beyond India has significantly higher haplotype diversity in India than in any other part of world. This is clear proof that this genetic component originated in India and then spread to West Asia and Caucasus.

The distribution of two genetic components among Indians clearly indicates that the Aryan-Dravidian division is a myth, Indian population landscape is clearly governed by geography.
• A remarkable finding is that the origin of these components in India is much older than 3500 years which clearly refutes Aryan Invasion theory of the type enunciated by Max Mueller ! The study also found that haplotypic diversity of this ancestry component is much greater than in Europe and the Near East (Iraq, Iran, Middle East) thus pointing to an older age of the component and/or long-term higher effective population size (that is, indigenous evolution of people).
• Haplotype diversity associated with dark green ancestry is greatest in the south of the Indian subcontinent, indicating that the alleles underlying it most likely arose there and spread northwards.
• The study refutes Aryan migrations into India suggested by the German orientalist Max Muller that ca. 3,500 years ago a dramatic migration of Indo-European speakers from Central Asia shaping contemporary South Asian populations, introduction of the Indo-European language family and the caste system in India. A few past studies on mtDNA and Y-chromosome variation have interpreted their results in favor of the hypothesis, whereas others have found no genetic evidence to support it. The present study notes that any migration from Central Asia to South Asia should have introduced readily apparent signals of East Asian ancestry into India. The study finds that this ancestry component is absent from the region. The study, therefore, concludes that if such at all such a dispersal ever took place, it should have occurred 12,500 years ago. On the contrary, there is evidence for East Asian ancestry component reaching Central Asia at a later period.
• India has one of the world’s fastest growing incidence of type 2 diabetes as well as a sizeable number of cases of the metabolic syndrome, both of which have been linked to recent rapid urbanization. The study points to a possible genetic reasons and recommends further researches on four genes – DOKS, MSTN, CLOCK, PPARA – implicated in lipid metabolism and etiology of type 2 diabetes.