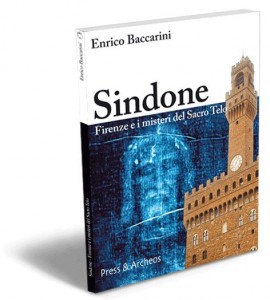 A mystery of faith, an historical enigma. The Turin’s Holy Shroud passed across two thousand years from the central event of Christianity, the Resurrection of Jesus of Nazareth. From that moment, the Holy Shroud become the most precious relic of Western history, the witness of a unique event of our history.
Survived on two terrible fires, the first in 1532 and the second in 1997, today the relic is a vulnerable and fragile object conserved in the city of Turin sustaining a vast number of faithful people from all over the world.
In 1988 the carbon analysis sanctioned that the relic was a medieval origin fake, this review has demonstrated over time its fallacies leading many scientists, historians and engineers to certify as the Shroud really belong to the Palestine of the first-century AD.
After Byzantium‘s stealing, and its arrival in Athens on 1204, the Shroud disappears for 150 years, then reappear unexpectedly in 1356, at Lirey in France. In this period of time known as the “lost years of the Shroud”, there are questions that still does not seem to have found an answer.
Who kept it? How did it come from Athens to France? The book “Holy Shroud, Florence and the sacred cloth’s mysteries” is a detailed and rigorous historical analysis attempts to answer these questions by developing a new and even more striking case, his passage from Florence, where it was kept in secret. Ancient frescoes, genealogical links, chivalric orders, political intrigues, symbolism and esoteric outlines are analyzed in this works of Enrico Baccarini. The book is a journey through the centuries, a detailed analysis of the history and secrets of the Holy Shroud through the study of ancient sources and latest historical findings. The book is at the same time a new point of view on the city of great man like Leonardo da Vinci, Botticelli or Michelangelo in the way to uncover an unsolved mysteries of our history.